Justin Bruce (Shame the Masses, Galvladi Oglaigh) signature mix of songwriting and fiery guitar playing has delighted local Texas audiences and fans across the world through his commercial releases.  Justin has been featured locally in The Facts newspaper and internationally in Lifoti Magazine and Rock Era Magazine.

As a solo artist, lead guitarist and multi-instrumentalist, or working with a band, he has performed live and released 5 albums and 10 singles.  To date, Justin has been credited with writing or co-writing over 110 original songs.

The strong songwriting partnership between Shame the Masses and lyricist Bryant Sutton has resulted in another super strong single, "Kill Zone"!

"Kill Zone" is a very special song that was developed over a one year period that included a 3-month-long series of interviews with a wounded US Marine veteran who recounted his stories, which the lyrics of the song were based on.

"We then wrote the music to reflect the kind of intensity and building tension that you encounter in a war zone. We wanted the listener to feel and experience the battle zone through the song. With heavy drums, baritone electric guitar, and 9-string electric guitar supporting the vocals, we achieved a heavy metal sound reminiscent of bands such as Godsmack or Megadeth." 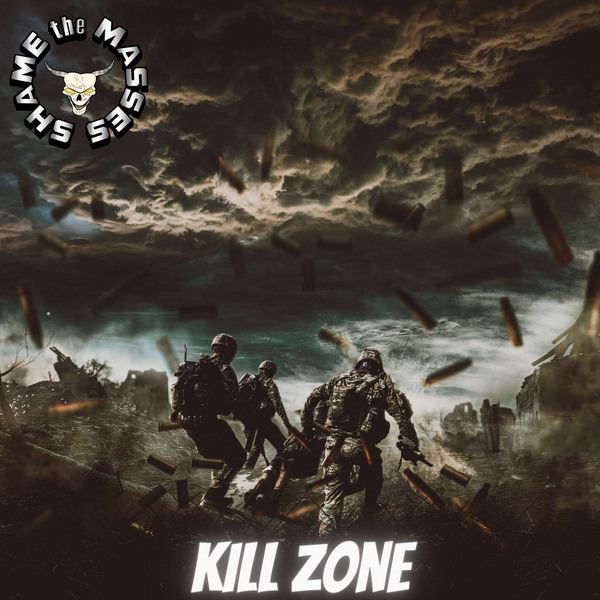 *Note: For the best listening experience, these compositions are mixed to be enjoyed through a set of HD stereo headphones.
Read more…
0:00/???

" Lovely songwriting + amazing instrumentation!  We think this would be a great fit for our Facebook audience :) " - Samantha Santoyo, Music & Fashion Blog.

" The song is solid with a commanding sound in the production that sets a great tone and the writing is good " - Global Money World.